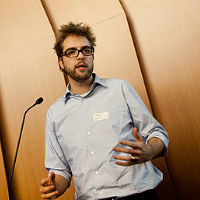 Dries Buytaert is a man of many interests. He holds a doctorate in computer science and engineering. He is a photographer. He is a husband and father. He is Belgian. However, you may know him best as the original creator and project lead for the Drupal open source Web publishing platform or “the reason there is a DrupalCon in the first place”.

In addition to serving as the president of the Drupal Association, he is also the co-founder and CTO of Acquia, a company that offers hosting, technical support, and services for the Drupal platform, and the co-founder of Mollom, a web service that helps identify content quality and stop website spam. 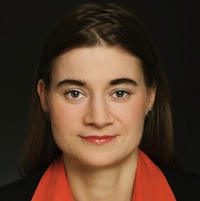 Founder and Director, Opengov.me
Keynote: Digital Democracy - How Technology helps Governments and Citizens to Open Up Politics and Public Administration

Anke Domscheit-Berg is an entrepreneur from Germany, and an expert on open government and the issue of women’s role in the economy, especially women in management. She supports and takes the lead in various organisations and has contributed and undertaken research work which focused on women in management. Anke is a member of the High Level Advisory for European Women and Technology and a long-term member of the European Women’s Management Development Network. She is also the founder of ‘Top IT with Women’ initiative at the State of Berlin and founded the fempower.me to help break glass ceilings. For the last ten years, Anke has delivered many workshops and keynotes for women in leadership on how to move up the career ladder.

Anke’s strong interest since 2008 lies in how governments can use Web 2.0 to improve themselves, become more open and transparent. In 2009, Anke founded the Government 2.0 Camp in Germany, which is now renamed as Open Government Camp. She also co-founded the NGO Government 2.0 Network Germany, where she is a board member. Aside from this, Anke is the Founder and Director of Opengov.me, which offers consulting and subject matter expertise on open government. Anke’s activities have been very fruitful for her as she achieved the ‘Women of The Year 2010 - State of Berlin Award’.

Anke has worked for Microsoft, McKinsey, Accenture and Andersen Consulting in various roles ranging from Consultant to Director. In 2000, Anke became a mother to a son, and in 2010 married the former spokesperson for WikiLeaks and author Daniel Domscheit-Berg. 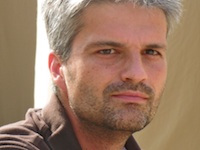 Fabien Potencier discovered the Web in 1994, at a time when connecting to the Internet was still associated with the harmful strident sounds of a modem. Being a developer by passion, he constantly looks for better ways to build websites and he founded the Symfony project in 2004 to fullfill this goal.

Fabien is a serial-entrepreneur, and among other companies, he created Sensio in 1998, a software company that provides products, services, and technical support for the Open-Source Symfony framework.

Fabien is also the creator of several other Open-Source projects, a writer, a blogger, a speaker at international conferences, and a happy father of two wonderful kids.