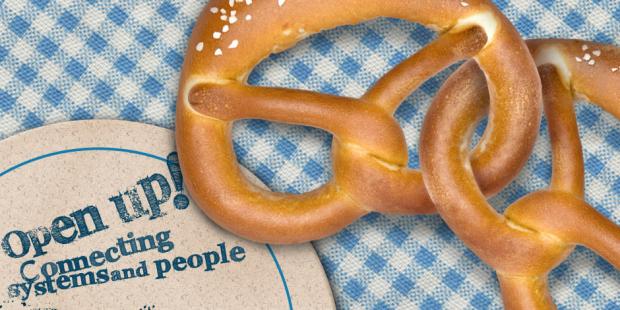 DrupalCon Munich is the official conference of the Drupal community. DrupalCon is a biannual event presented to an ever expanding international audience since Drupal became an open source project in 2001. It's produced by the Drupal Association and a fabulous group of volunteers from across the globe.

The Westin Grand München will accommodate the largest and most active gathering of Drupal developers and users in the heart of Munich in Germany.

DrupalCon is a world-class conference with a worldwide audience. If you or your organization actively use Drupal, or even if you never have but want to learn, DrupalCon is your chance to engage the community, learn from others, and share your experiences. Training sessions will be available before the conference on Monday, 20th August, and a code and contribution sprint on Friday, 24th August.

‘Open Up! Connecting systems and people’.
We feel that this line really best expresses the general theme of DrupalCon Munich 2012.

DrupalCon Munich is a conference that will address open standards which allow separate independent systems to communicate with each other. At the same time, the conference will also emphasize the human impact of using open data.

As this conference will focus on interconnections, we wanted to take the opportunity to open the discussion with other open source communities, such as Typo 3 or Symfony.